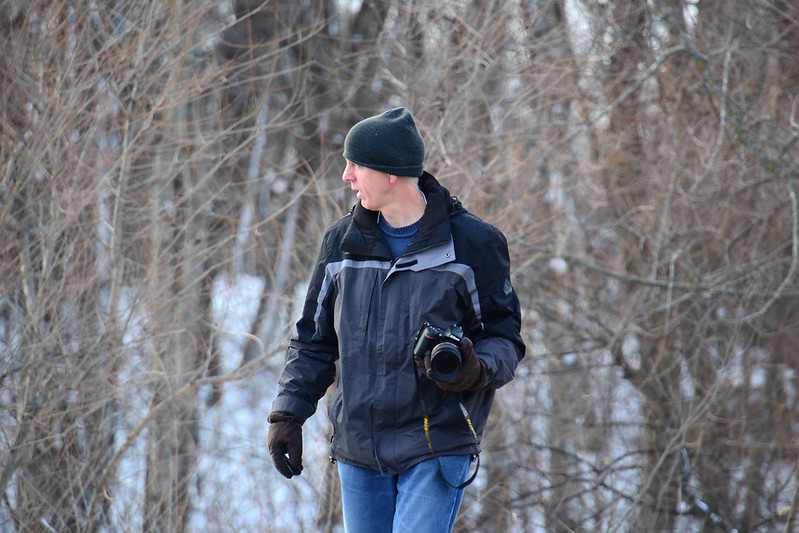 While the shoppers were out scoring their bargains
and our teens were still snoozing
Lee went with me to the lake nearby. 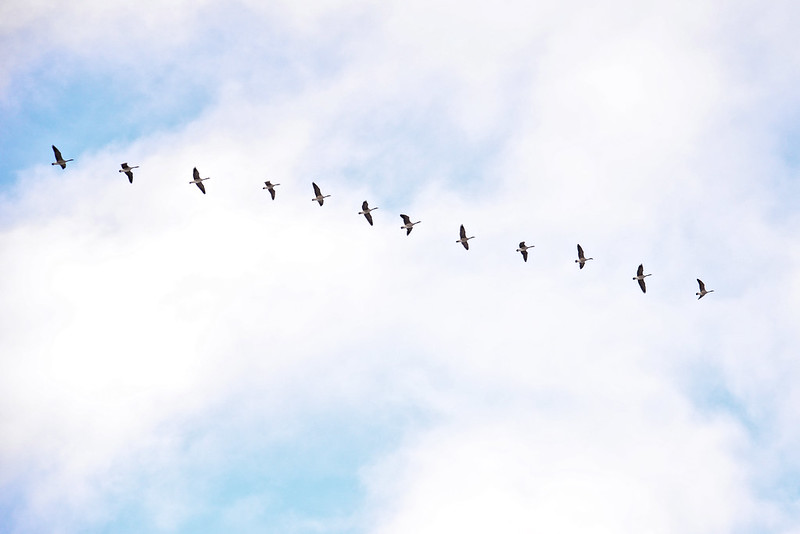 It's been full of migrating geese for the last week or so,
just as the temperatures are hovering at freezing or a little below.

I expected more ice on the lake, 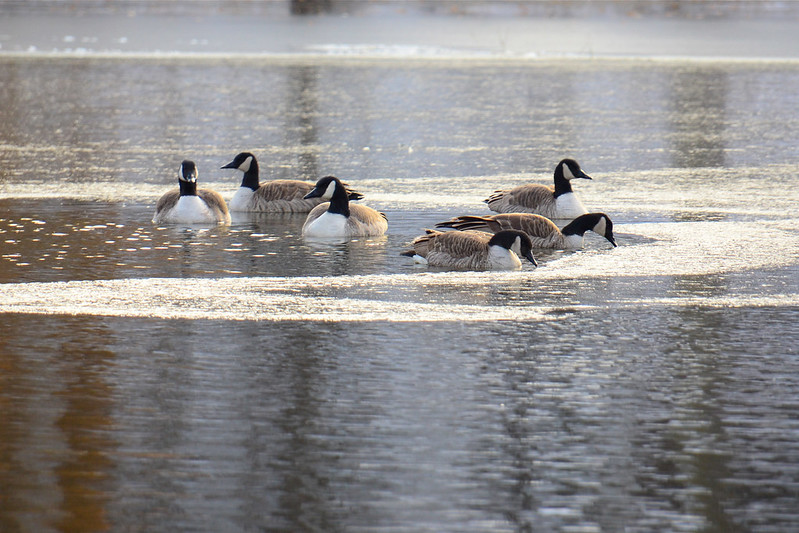 but only across the street on the little pond did we find that. 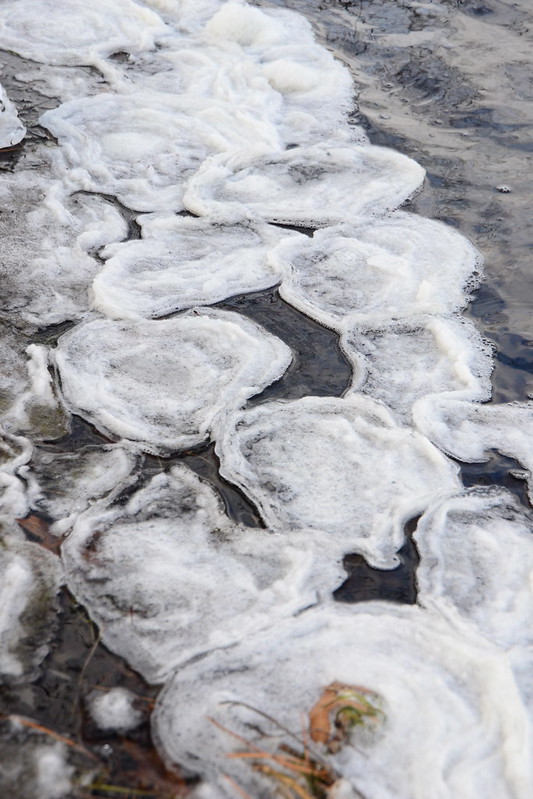 At the edge of the lake we did find some evidence
that if the wind dies down long enough, 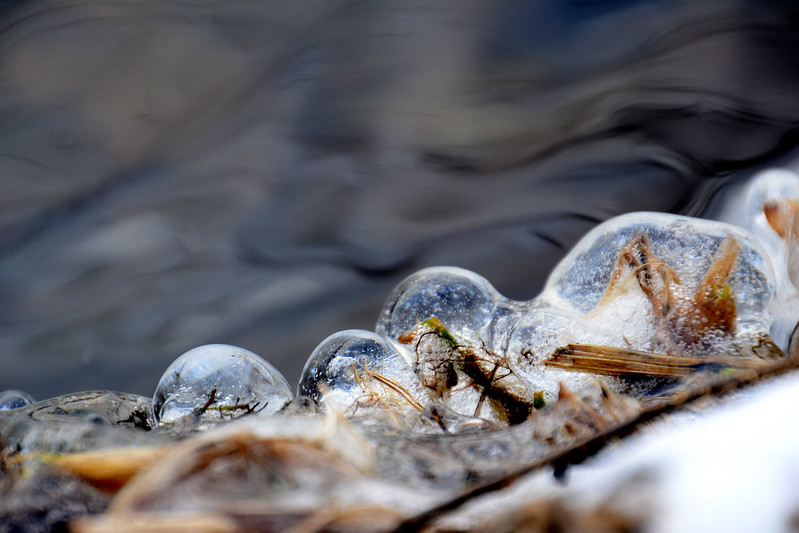 the ice will prevail. 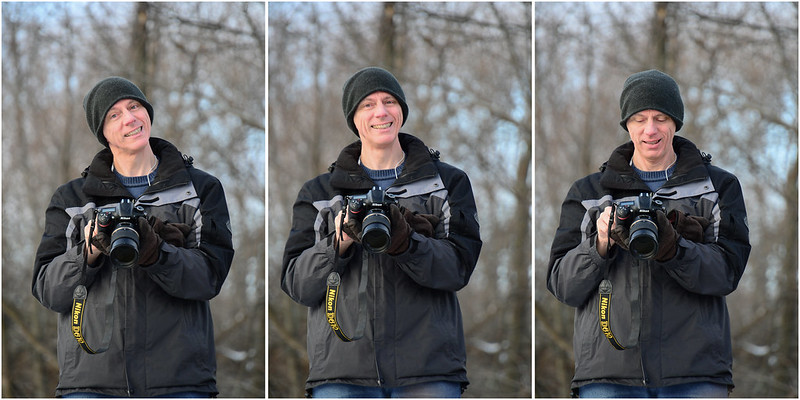 Now that I have two cameras,
I handed the one that had the shorter lens on it to Lee.
He had to figure out how to change the settings by himself--
pretty impressive! 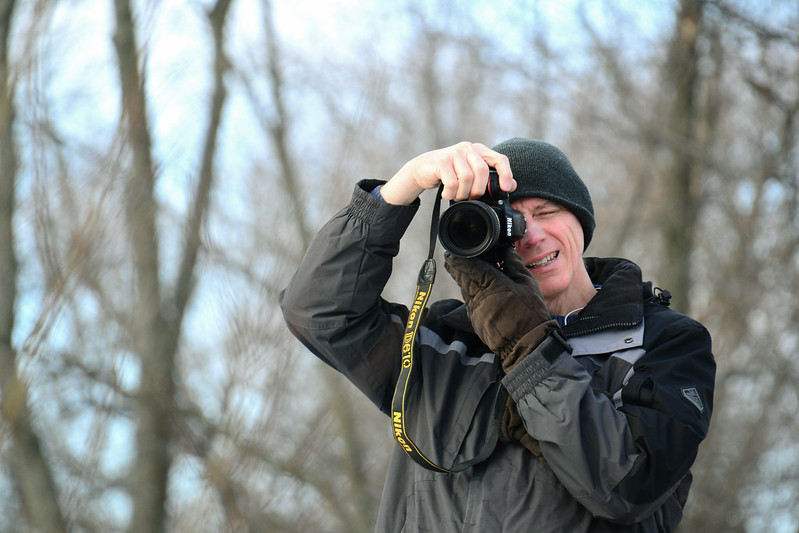 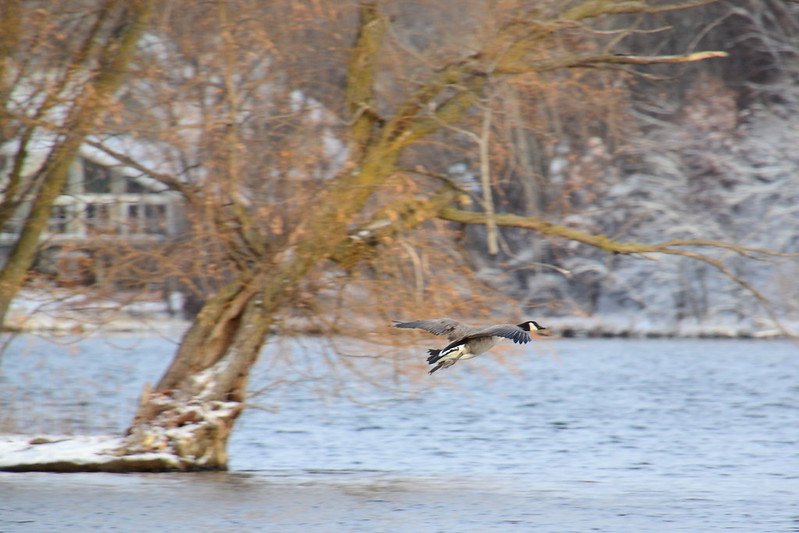 The geese were awfully entertaining. 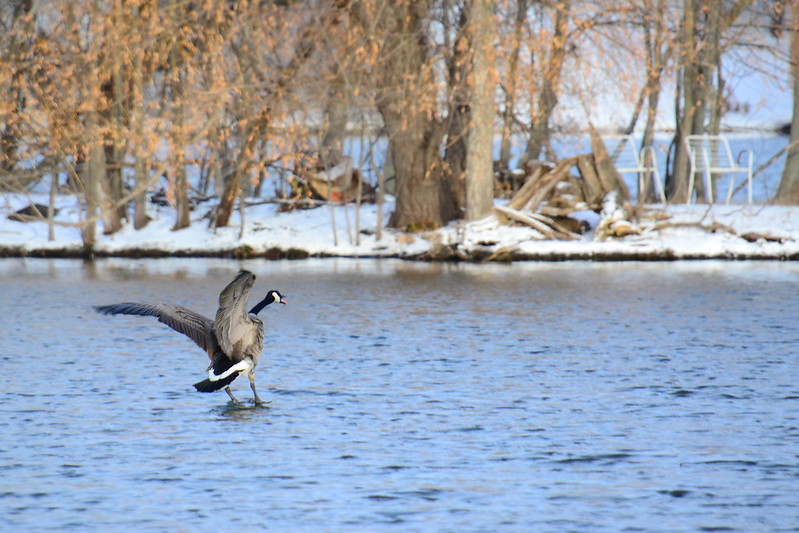 I think this one had just come back from Black Friday shopping.
She was cranky. 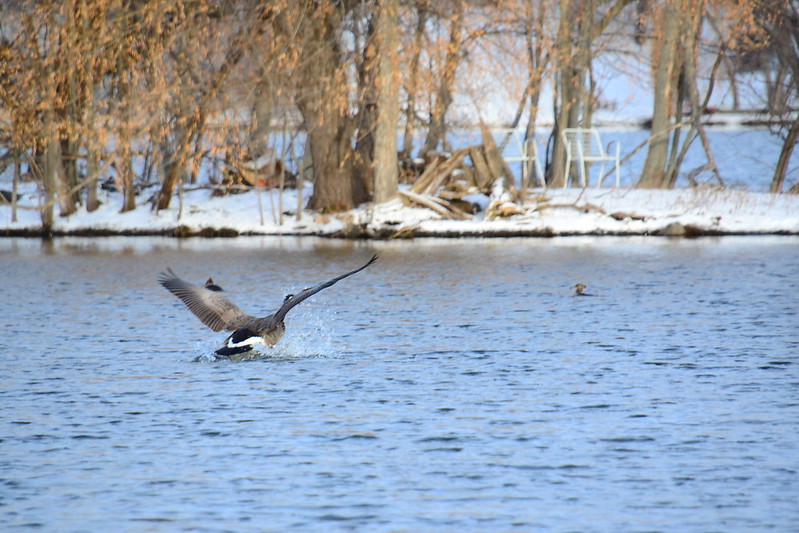 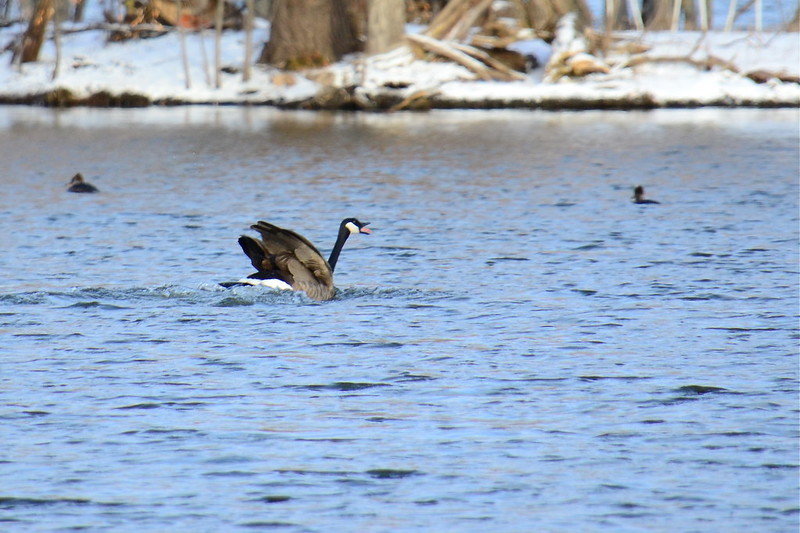 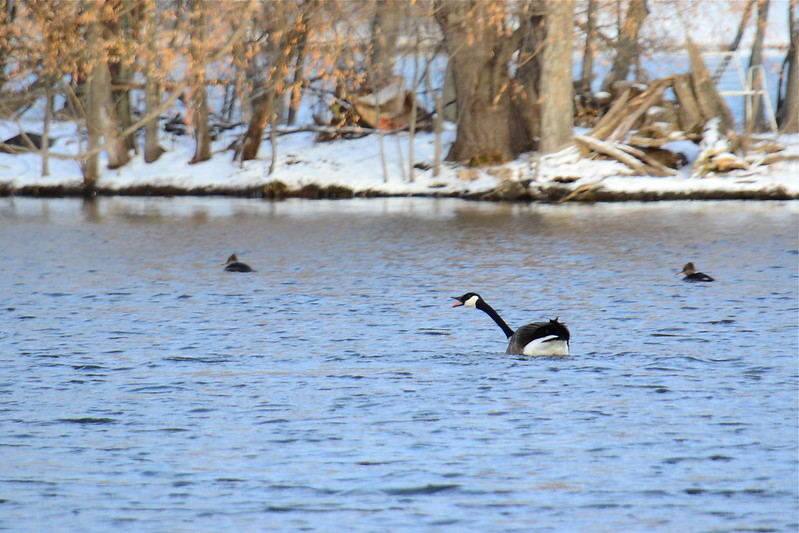 The scene across the pond was equally picturesque. 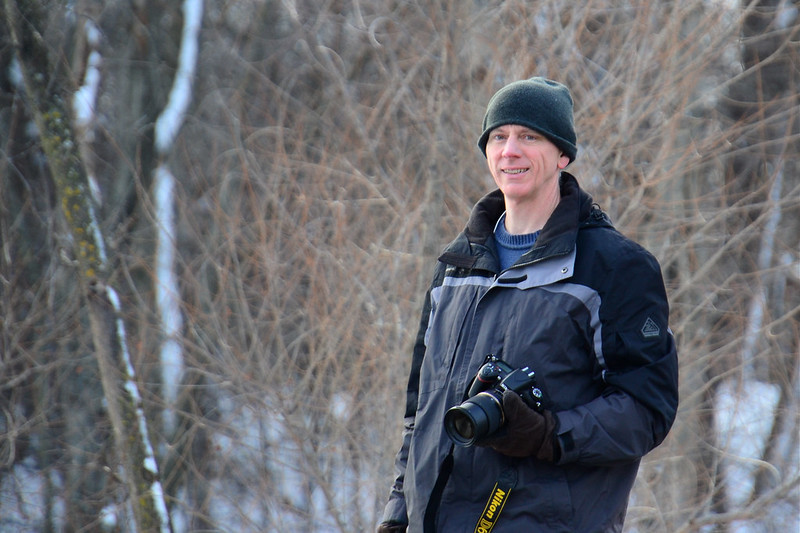 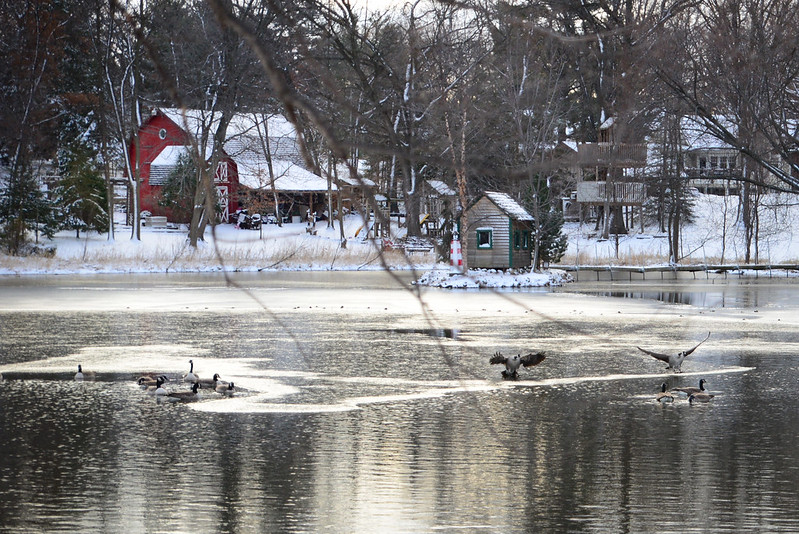 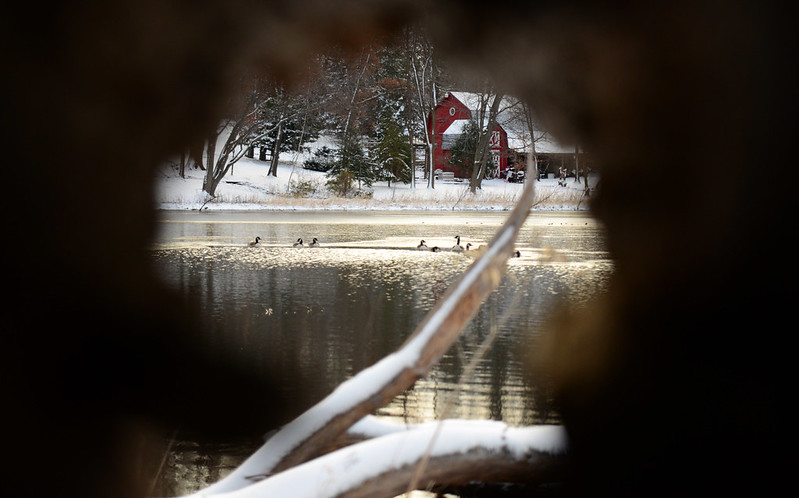 He has quite the knack for finding natural frames.
I never even noticed this hollow log. 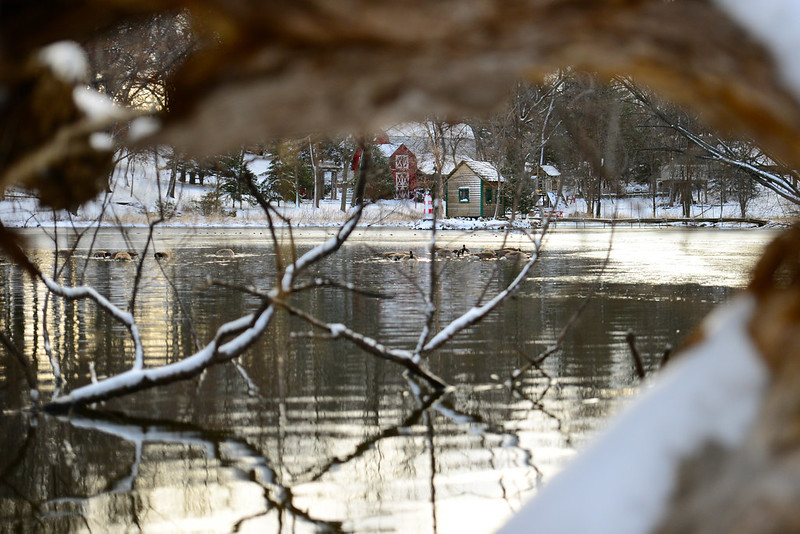 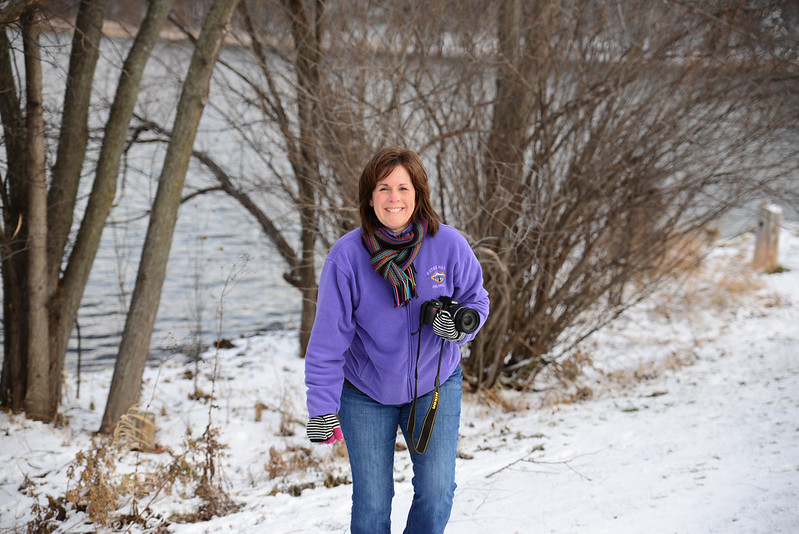 I'm sure there are still bargains to be had.
We had a wonderful Thanksgiving, and there are so many festivities yet to come.
This morning was just the perfect time to soak up the quiet.
Posted by Tracy P. at 10:59 PM 3 comments: 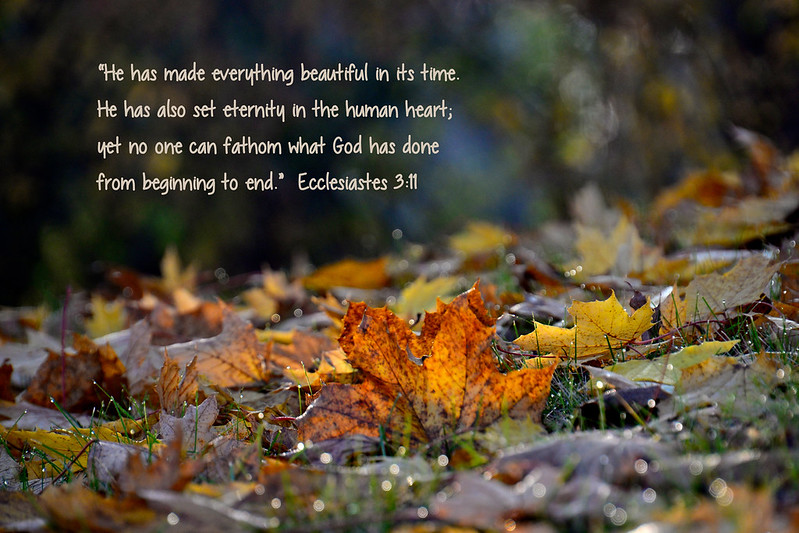 As the trees empty their branches,
the days grow shorter,
and the winds blow in a November chill,
this truth warms my soul.

God has made everything beautiful in its time.
But no one can fathom what he has done from beginning to end.

Our God is unfathomable. I find that so comforting.
If we could figure him out, he would be no bigger than we are.
But instead, he is infinitely beyond human.
Far beyond our grasp, but not beyond our reach.
Because he himself reaches out
to reveal himself to us
in his time.

His has not yet finished telling us his story.
The colder days are a great time to pull a chair up by the fire and listen to him.

Set in our ways

This boy may have turned Sweet 16 in September
(^^^see, he has his own apple named in his honor)

but he is not too old to ask to go to the apple orchard.
He wanted to pick his own honey crisp apples,
because "the little grocery store ones just aren't as sweet."
The people in the front where you pay said the honey crisp were gone,
but Ben was not to be deterred from scouring for stragglers.
The big ones. 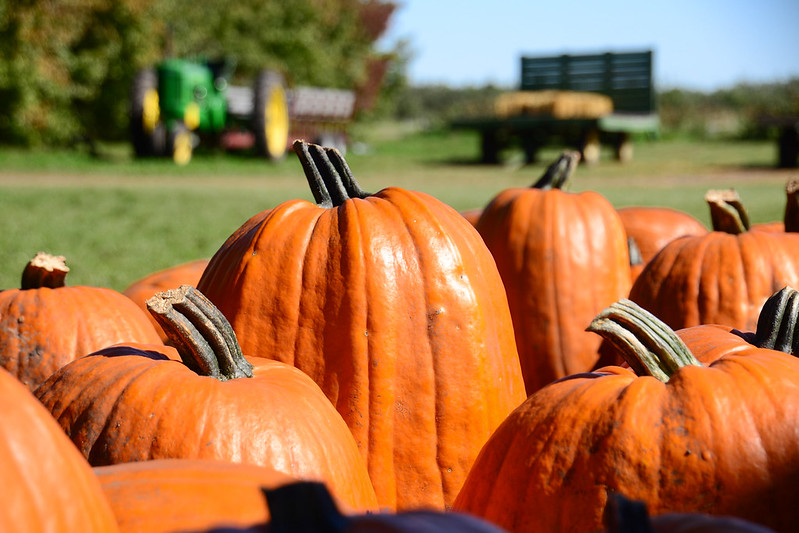 Ben also volunteered to go to the pumpkin patch with me. 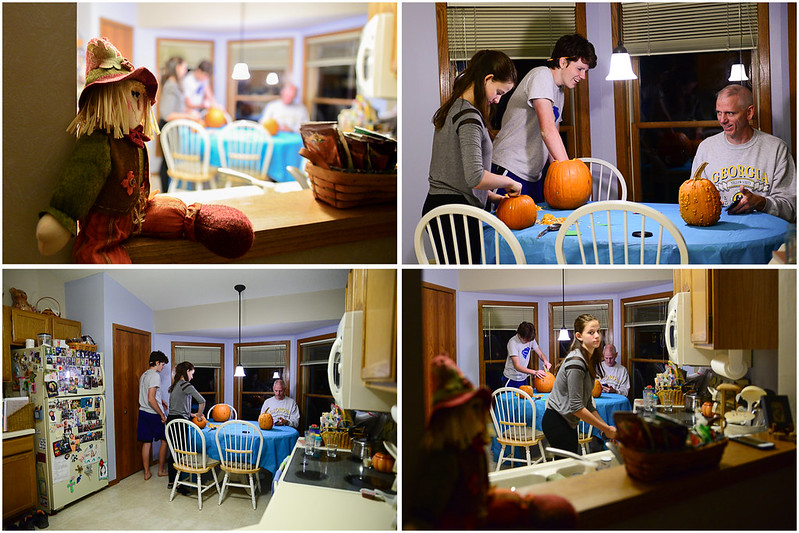 And no one wanted to be left out of the carving.
Bethany reminded me that we had plans most evenings during the week,
so we needed to carve them on Tuesday. 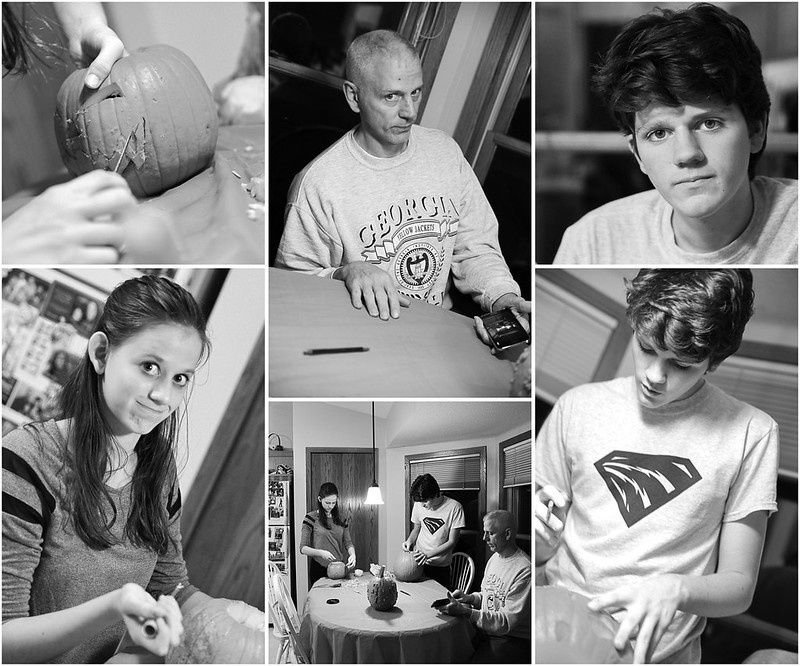 Lee used to be the back up scraper outer,
but now that his services are no longer needed for that,
he provides the entertainment.

I have to have my own pumpkin to carve.  Always. 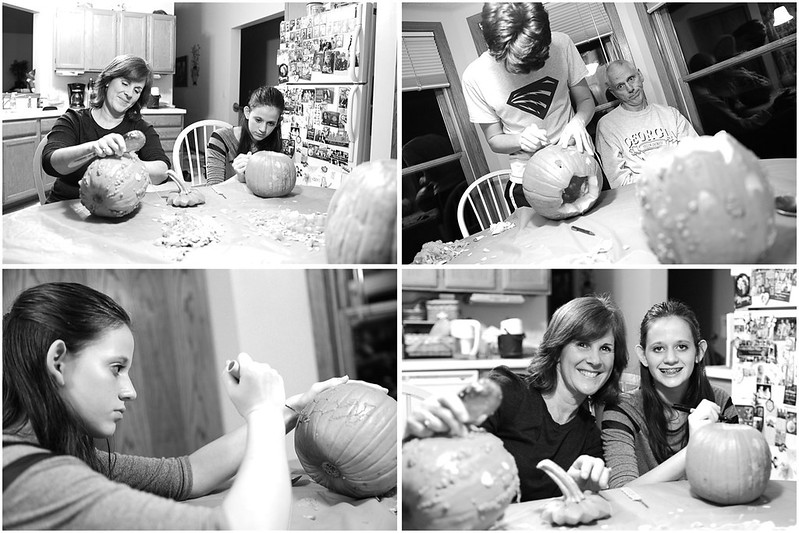 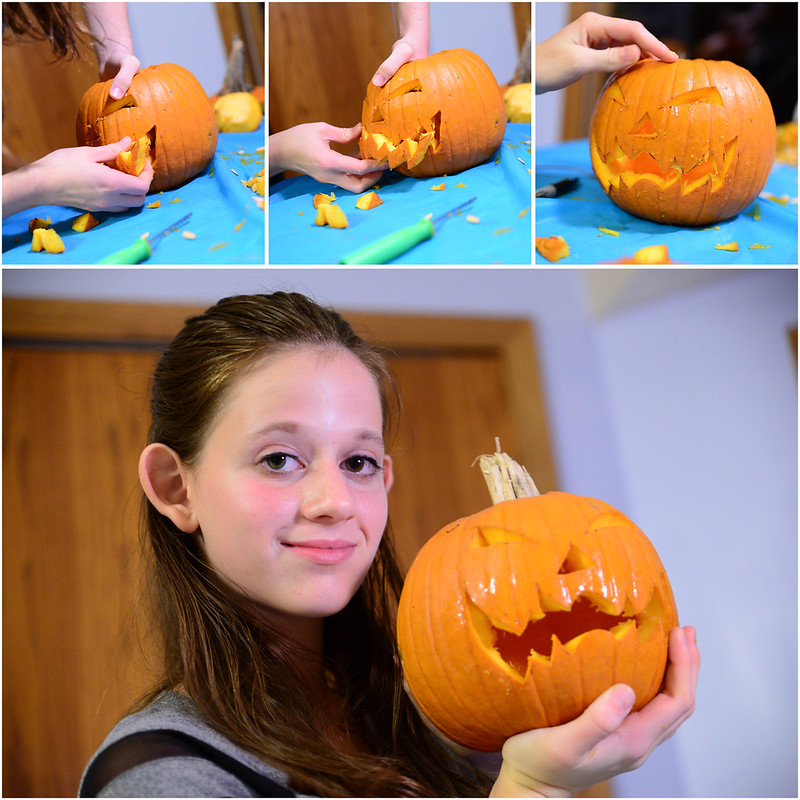 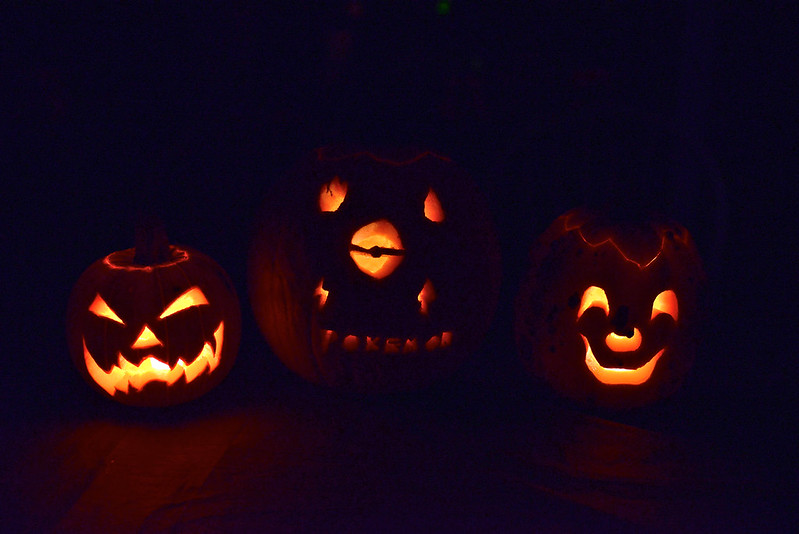 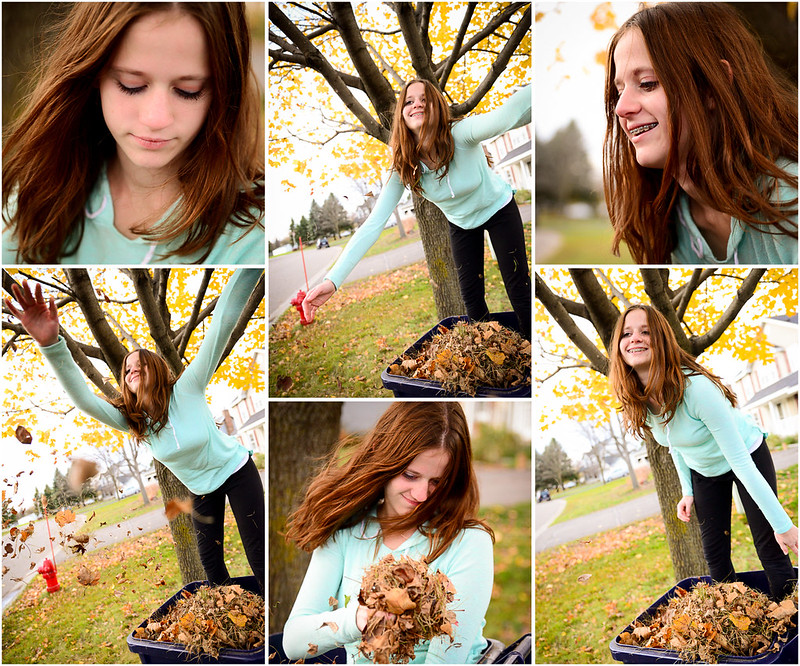 Ever since she was tiny,
Bethany has been our leaf stomper.
Or smasher.
Whichever, it's undisputedly her job. 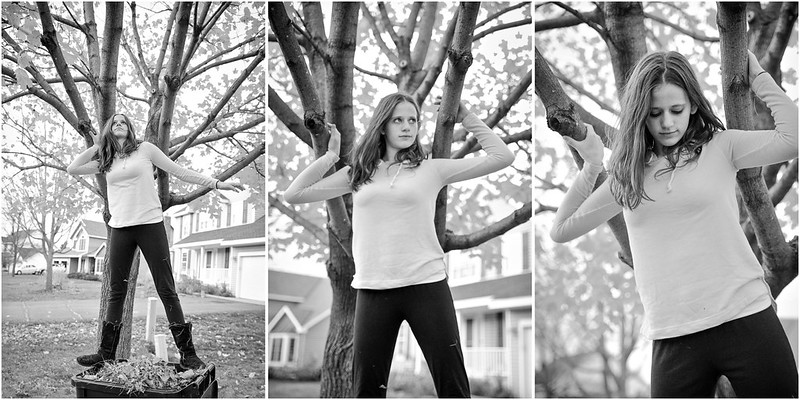 It's a given that some of them will come right back at us. 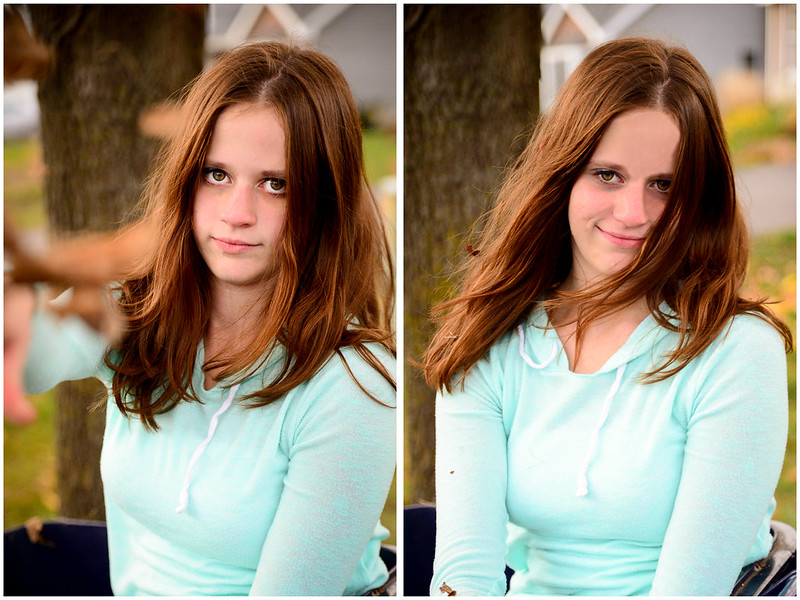 You know what's awesome?
I was in the middle of putting this post together when she came in
and asked me to make chocolate chip cookies with her.
Could she have done it herself and let me finish what I was doing?
Absolutely.
She didn't have to.
I'm so thankful the big kids love their traditions too.
Posted by Tracy P. at 10:22 PM 2 comments: