The Truth Possesses Us 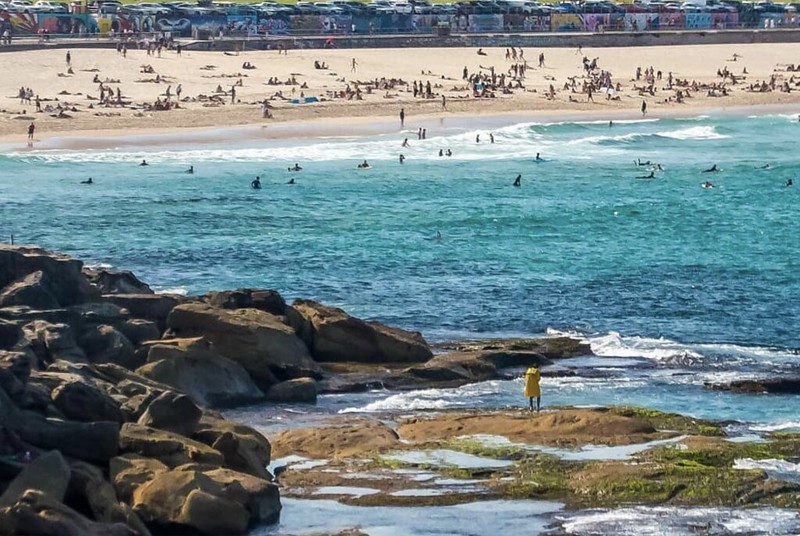 In my last post, "It's Not the Answer Book", I pondered aloud what the Bible is and isn't. After posting it I thought, "Why did I feel the need to give my resume with regard to Biblical scholarship?" There are a couple of reasons. One is that I sometimes see the Bible being misappropriated in its use on social media these days by people who are pretty obviously just trying to prove their point without having given a lot of careful study and consideration to the Bible as a whole. If I'm going to talk about the Bible, I'd at least like to give people enough evidence to decide whether I'm a comparatively credible source of information. Another is that I love the Bible. I've given it a major investment of my time. So when I call into question its usefulness as an "answer book", I want you to know that it's not because I have a low view of scripture. On the contrary, I think it's extremely useful for pointing us towards God--showing us what he is like and how he extends himself to people who, though they lived in ancient history, are surprisingly like you and me.
Here's an illustration of what might happen if you and I had different positions on an issue, and went to the Bible for answers.

Imagine two people were each given a copy of the same photo to look at and asked to describe what they saw. One describes a lonely rock beach with a solitary figure, perhaps searching for something.

The other describes a lively sandy beach, perhaps a vacation spot, with people in the water, others sunbathing, and a colorful wall behind. What kind of conversation ensues? Would they insult one another's ridiculousness? Would they bother to discuss what they saw in greater detail?  Would they ask each other questions? Could they possibly be talking about the same thing?

They could if they were looking at different halves of the same picture. But they would never know it.  What they thought was an "either/or" dichotomy was a "both/and" reality. Their separate perspectives clouded the whole truth. It's not that one of them had the truth and the other didn't. It's not that they each had their own truth. It's that both of them had a limited perspective on the truth. Here, the photographer (my brother) seems to have captured the full truth. But I wish I had been behind him, because I might have incorporated him into my own version of the photograph.

If you and I appeal to the Bible for answers, we might surface some conflicting perspectives, because God works in different ways in different situations. The danger is that we each pick the answer we like, and call it "my truth".  We may or may not have a productive conversation about our conclusions.

The Bible was written over the course of hundreds of years, contains several genres of writing (historical narrative, poetry, letter, biographical narrative, and parables, to name a few), and is attributed to some 35 different authors (depending on who you ask, we are not completely sure about that). So we can't just plug in a question arising here and now and get the Bible's definitive answer, because no matter where we open it, that author was not writing to us and trying to speak to our specific situation. Rather, as we read the Bible and begin to learn about the context and purpose of each author and piece of writing, we begin to observe overarching patterns and principles of the ways that God works. Some are thoroughly consistent throughout, others more nuanced. As we meet Jesus and hear his commentary on the scriptures that were in place long before he arrived, juxtaposed against the religious realities of his day, we see him clarify God's vision for humanity, especially for those who would call him Lord. All of this takes time, patience, and a desire to live that vision.

One of the things I love about God, as I have learned through the lens of scripture to see him, is that he is not only the source of all truth, he IS the Truth. Objective truth is the reality of all that has ever been and will ever be, material and immaterial. I embrace the Bible's claim that it originates with God and is contained within the parameters of who he is. He has a complete perspective on every detail--he can see what it looks like from up close and far away, from above and below, from before, during and after. He knows every thought and intention, every atom that moves, every beginning and ending. How he embodies all of this is a mystery, far beyond the scope of human understanding. If I could understand it, he would not be worthy of my devotion and worship. The Bible is one of the ways he peels back the layers to reveal more of who he is.

When we wield the Bible as a weapon to fight our battles of issue and intellect against others, we take on the role of possessor of truth. I believe Truth exists. I don't possess it. You don't possess it. The Truth possesses us. And that is a call to humility. Each perspective helps inform the others.

The Bible is meant to be read in a relationship with God, and used as a mirror to see if we are growing up to look more like him.  He's more than ready to help make that a reality.